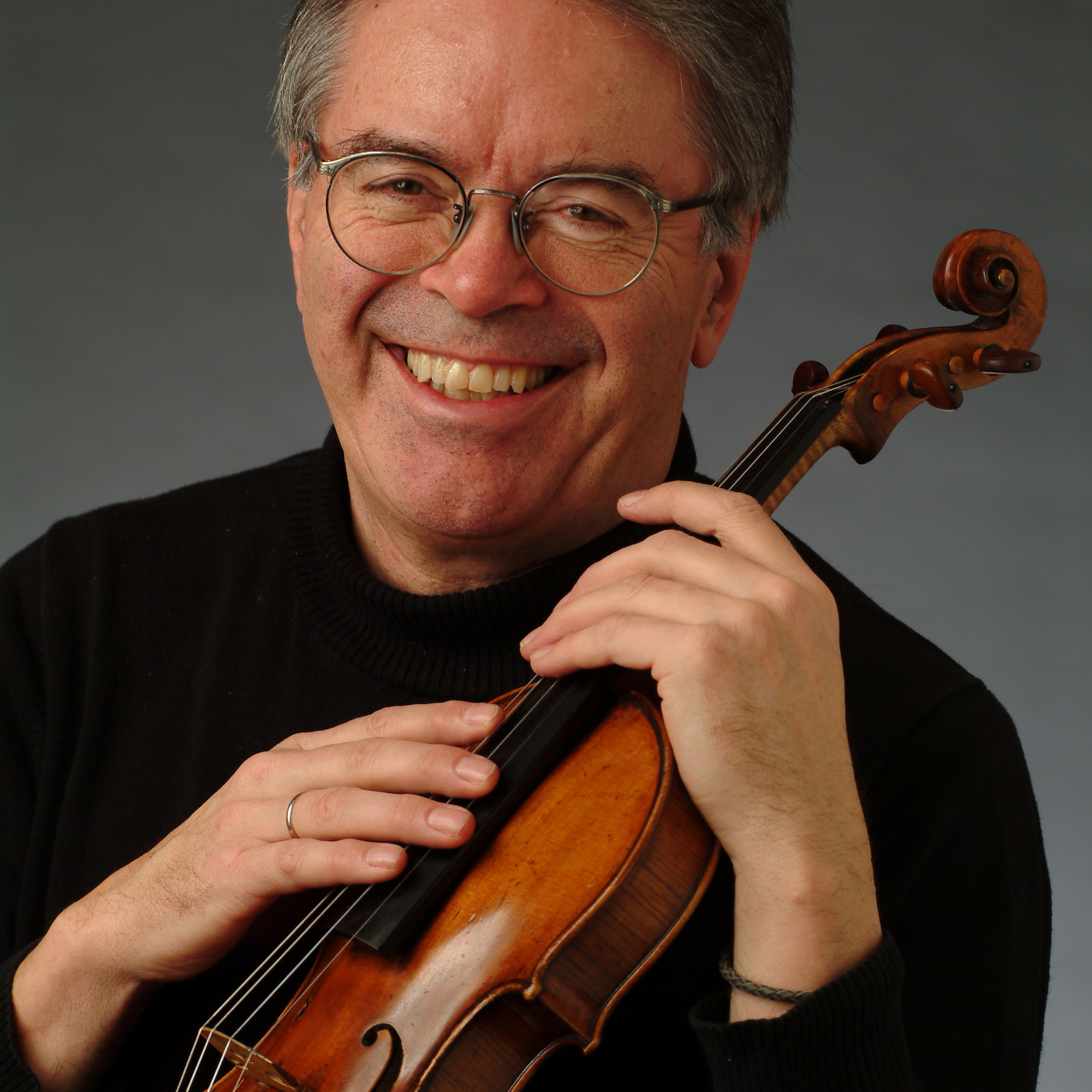 Violinist, ANDREW DAWES was born in High River, Alberta. He has been acclaimed as recitalist, chamber musician and soloist throughout North and South America, Europe and the Orient. and been celebrated as ͞one of the most distinguished violinists Canada has ever produced͟ (Ottawa Citizen). After receiving the Prix de Virtuosite from the Conservatoire in Geneva, Switzerland with the highest marks ever awarded, he became a founding member and first violinist of the Orford String Quartet for 26 years (1965-1991). He gave nearly 3,000 concerts on 6 continents and made more than 60 recordings. In 1992 Professor Dawes was appointed to the faculty of the University of British Columbia in Vancouver to teach violin and chamber music. Previously he taught at the University of Toronto for over 20 years. In 1995-96, he took a leave of absence from UBC to perform as first violinist of the Tokyo String Quartet playing on a Stradivarius violin that was made in 1727 and belonged to Nicolo Paganini. Professor Dawes has served as jury member for the London International String Quartet Competition, the Coleman Chamber Music competition, the Fischoff Chamber Music competition and was the Chairman of the Banff String Quartet Competition (1989 – 2004).

Andrew has won many awards of distinction – including the ORDER OF CANADA, the Chalmers National Music Award, The Canada Council’s Molson Prize and 3 Juno Awards. In 2000, the Canadian Broadcasting Corporation named the Orford String Quartet as one of ͞The Great Canadian Performers of the Twentieth Century͟. In 2002 he was the recipient of the Dorothy Somerset Award for Excellence in Performance and Development awarded by the University of British Columbia and also the Jubilee Medal awarded by Queen Elizabeth II for exceptional qualities and service to Canada.

In 2013 Mr. Dawes was given the Governor General’s Lifetime Achievement Award. Mr. Dawes was involved in the last few years with a number of recording projects including all 10 Sonatas for Piano and Violin by Beethoven recorded with pianist, Jane Coop, on the Skylark label (2002 Juno Award nominee) and all the works written for violin by the Canadian composer, Harry Somers, recorded for CBC Records. The Seven Last Words of Christ (quartet version) by Haydn, the Schubert Two Cello Quintet and the Schubert Octet were recorded for the Ottawa International Chamber Music Festival on the Chamber Music Society Classics label.

Professor Dawes was appointed to McGill University in 2006 as “Distinguished Visiting Scholar, Catherine Thornhill Steele Chair in Music” . Andrew resumed teaching at UBC in 2010 and taught during the summers 2009 – 2011 at the Astona Summer Music Institute in Switzerland. In September 2011, he was appointed Director of the newly formed ͞Chamber Music Institute͟ at the Vancouver Academy of Music, teaching chamber music to gifted young players. He is also on the Board of Directors of the Saint James Music Academy which provides free lessons and instruments to over 100 children living in the Downtown East Side of Vancouver. Professor Dawes plays on a violin made by J.B.Guadagnini in Parma in 1770. He is presently director of the Chamber Music Institute at the Vancouver Academy of Music.