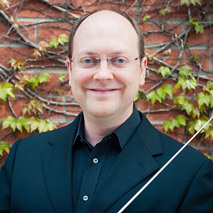 Andrew is Artistic Director of the Studio de musique ancienne de Montréal (SMAM) the Cantata Singers of Ottawa and the Anglican Chorale of Ottawa.

Recent appearances include directing SMAM at the Maison Symphonique as part of the Montréal Bach Festival and at Salle Bourgie as part of their complete performance of Bach Cantatas. He has toured three SMAM programs around Eastern Canada and Ontario: Music from the Sistine Chapel, The Colours of Orlando and Terra Tremuit, and recorded his début CD with the group to be released in 2017.

Andrew is co-director of Sing Ottawa en choeur, the official choral celebration of 150 years of confederation taking place in June 2017, and will direct first complete modern performance of William Boyce’s Birthday Ode for the King, Prepare, prepare your songs as part of the Montreal 375 celebration in October 2017.