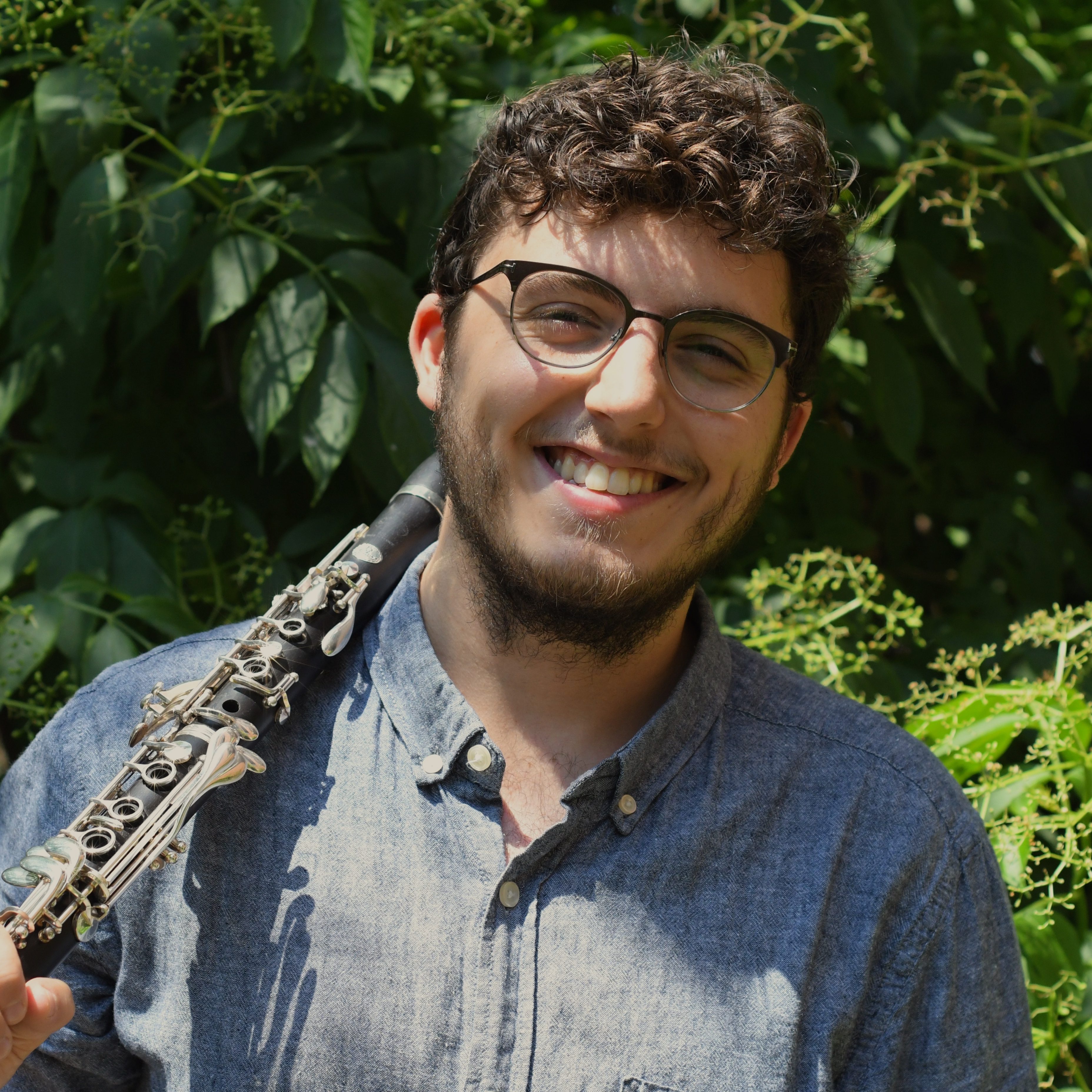 Recently back from studying and performing in Europe, Antonin Cuerrier is an active clarinetist on the Montreal scene having played many concerts with the Orchestre Symphonique de Laval, Orchestre Symphonique de Trois-Rivière, Ballet-Opéra-Pantomyme and as a chamber musician in many venues including Salle Bourgie. He performed the Concerto in F of Weber with orchestra at the age of 16, before entering the Conservatoire de Musique de Montreal under the tutelage of Jean-François Normand. Having obtained his bachelor degree in 2015, he went to Germany at the Trossingen Hochscule für Musik to further his talent with Chen Halevi, learning and studying historical performance and classical clarinet with Ernst Schlader in the process. His second year in Europe was spent in Geneva studying under Romain Guyot at the Haute École de Musique de Genève before coming back to his roots in Montreal. His numerous passages at the National Youth Orchestra of Canada, the National Academy Orchestra, the Domaine Forget and the Orford Academy gave him the possibility to gain a solid orchestral experience and to study with Charles Neidich, Yehuda Gilad, Nicolas Baldeyrou and Wenzel Fuchs to name a few. His hard work placed him first of his category at the Canadian Music Competition in 2013, as finalist of the Prix d’Europe and made him win the prestigious Hnatyshyn Scholarship in 2014 and the DAAD price of the Trossinger Wettbewerb in 2016.

Not satisfied of these accomplishments, Antonin Cuerrier has been active in many student associations, administrative councils and artistic projects as manager, music librarian and administrator. He taught at the Notre-Dame College, the Asbestos Music Camp and at the Harmonie Omnigamme. Cultivating a strong interest for philosophy and political science, one of his best concert memories is playing the Mozart Clarinet quintet at the United Nations in Geneva.

Teaching for the first time at the CAMMAC summer program, he had the chance of getting to know the CAMMAC community by conducting sectionals for the Montreal-CAMMAC Orchestra.