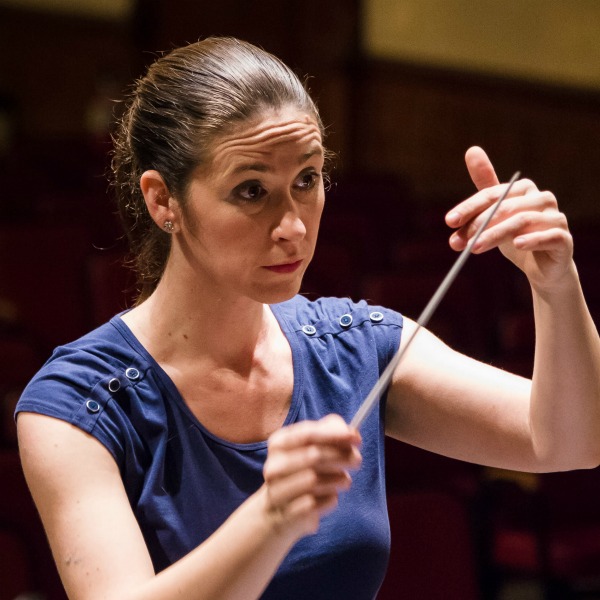 Beatrice Madeleine Cadrin is passionate about the symphony orchestra. Whether she is standing in front of it as a conductor, or seated in its midst as a violist, she considers the orchestra to be her true instrument. Having received her musical formation at the Université Laval and the Conservatoire de musique in Quebec City, and at the Superior School for Music and Theater in Hanover, Germany, she is presently pursuing a Masters in musicology at the Université de Montréal.

She has spent formative years at the helm of the chamber orchestra La Sinfonia de Québec and of the choir of the anglican Cathedral of the Holy Trinity (Quebec), where she demonstrated her creativity and leadership skills through the creation of a concert series and through innovative programming.

Beatrice has penned arrangements for professional ensembles, amongst which three youth operas by the composer Nathalie Magnan produced by the Festival d’Opéra de Québec (La plus belle fleur du jardin impérial (2014), Arthur (2015), and Le serpent et le chat (2016), as well as arrangements for the violin student ensemble Jeux d’archets Suzuki and a piece for the Orchestre de la Francophonie. She teaches violin at the Académie Ste-Thérèse, north of Montreal, and is regularly invited to conduct at Cammac music camp.

Her activities as a freelance violist in orchestras in Sherbrooke, Lanaudière, Drummondville and the Montreal region, combined with her experiences in Europe and California, feed her reflections on the state of symphonic orchestras in the province.