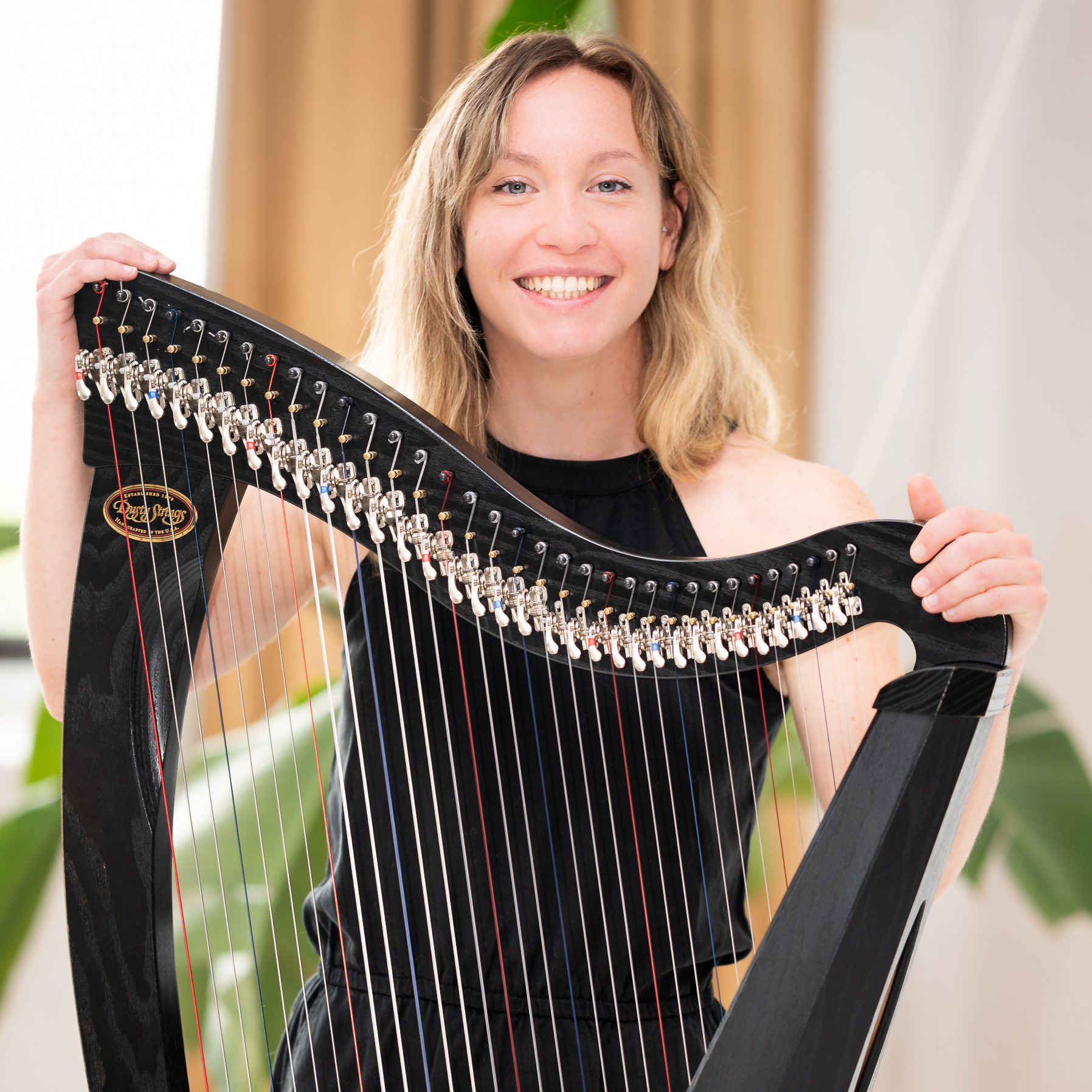 A young harpist from Toulouse, Cécile Delage is fortunate enough to live her passions in Montreal. She devotes most of her time to teaching the harp. After having taught in music schools such as Sérénité Sonore, the Youth School of the Faculty of Music of the Université de Montréal, or the Siamsa Montreal School of Irish Music, she developed her own school today, Aziliz, where she teaches both individual and group lessons, combining classical Celtic and modern music. She also keeps room for her various music projects.

Cécile discovered this “enchanting” instrument at the age of 9 in Toulouse, France. Very quickly, she turned to the classical harp, known as the concert harp. After several years at the Conservatoire à Rayonnement Régional de Toulouse, Cécile moved to Quebec in 2012 to study musicology and performance. She has played with orchestras such as the Montreal Youth Symphony Orchestra, or the University of Montreal Orchestra. She has also participated in orchestral workshops at the Orford Arts Centre (now Orford Musique), masterclasses (Catherina Englichova, Isabelle Moretti, Xavier De Maistre), and has given several solo recitals (Orford Musique, Master’s recitals). With a master’s degree in classical harp in hand (followed with Caroline Lizotte at the University of Montreal), she decided to devote more time to Celtic music since 2017.

It was in the summer of 2010 that she discovered the complexity of Irish music, while participating in the Festival International de Musique Universitaire in Belfort, France, and then in a Celtic harp workshop with harpist Janet Harbison, in Limerick, Ireland. Since the end of her studies, she has devoted herself to this style on her Celtic harp, searching for new sounds and combinations of genres. She has since developed several musical projects, such as with Orange Mist with whom she recorded a CD in 2018 or Duo Delmes, founded in 2015 with flutist François-Xavier Dueymes. She can also be heard in other projects like Ambre Ciel (Mirador, 2020).

Music has a great role for Cécile when it is combined with another art. As a result, she regularly performs in yoga classes, traditional dances or more recently in plays. She is one of the founders of the Société des Harpistes de Montréal. Cecile’s next big project is to have her student group, Borealys, participate in the Harps au max festival in France in May 2023.