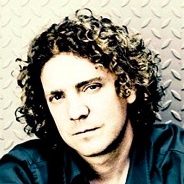 “The beauty of his voice will stop you in your tracks…”

“His star is rising as fast as the speed of sound…Daniel Taylor, a new Conductor on the scene…

Daniel Taylor is one of the most sought-after countertenors in the world. Recognition of Daniel’s work can be seen in the Gramophone, Grammy, Juno, Opus, CBC-SRC and Adisq Awards. He was awarded the Queen’s Diamond Medal for service to music.  Daniel appears on more than 120 recordings which include Bach Cantatas with the Monteverdi Choir dir. Gardiner for Deutsche Grammophone Archiv and SDG; Renaissance duets with James Bowman and Michael Chance, Actors Ralph Fiennes and Jeremy Irons; Handel’s Rinaldo with Cecilia Bartoli and AAM dir. Hogwood for Decca; Before Bach with Collegium Vocale dir. Herreweghe for Harmonia Mundi; Sakamoto’s pop-opera Life for Sony; Bach Cantatas with Bach Collegium Japan for Suzuki for BIS; Vivaldi’s Stabat Mater for BIS; five recordings of Handel’s Messiah, including those with the Montreal Symphony dir Nagano for Universal, Kammerchor Stuttgart dir. Bernius for Carus, with the Handel & Haydn Society for Coro, with the American Bach Soloists dir. Thomas for Koch and a CD/DVD with Tafelmusik for Bravo Television. Daniel has recorded the CD/DVD of Bach’s B minor Mass with the Ensemble Orchestral Paris dir. Nelson for EMI Virgin and also with the Kammerchor Stuttgart dir. Bernius for Carus. Recently, Daniel’s recording of Angelheart with cellist Matt Haimovitz, mezzo Frederica Von Stade and Actor Jeremy Irons with Producer David Foster won a Grammy. Daniel is a Visiting Faculty Member of the Siena Liberal Arts University (Italy), Victoria Conservatory of Music in British Columbia (Canada) and Amalfi Opera (Italy). He has given guest masterclasses across Canada and the United States and at the Royal Academy of Music (UK), Sao Paolo University (Argentina), Beijing Conservatory (China), Royal College of Music (UK), Oberlin Conservatory (Ohio), Bloomington University (Indiana), University of Vienna (Austria) and Guildhall School of Music (UK).

Daniel is Artistic Director and Conductor of the Choir and Orchestra of the Theatre of Early Music. The Theatre of Early Music performs more than 30 concerts every year in concert halls all over the world. Daniel Taylor is Associate Professor of Voice and Opera and Head of the Historical Performance Area at the Faculty of Music, University of Toronto. He leads the growing Historical Performance Area with graduate and post-graduate level programs.