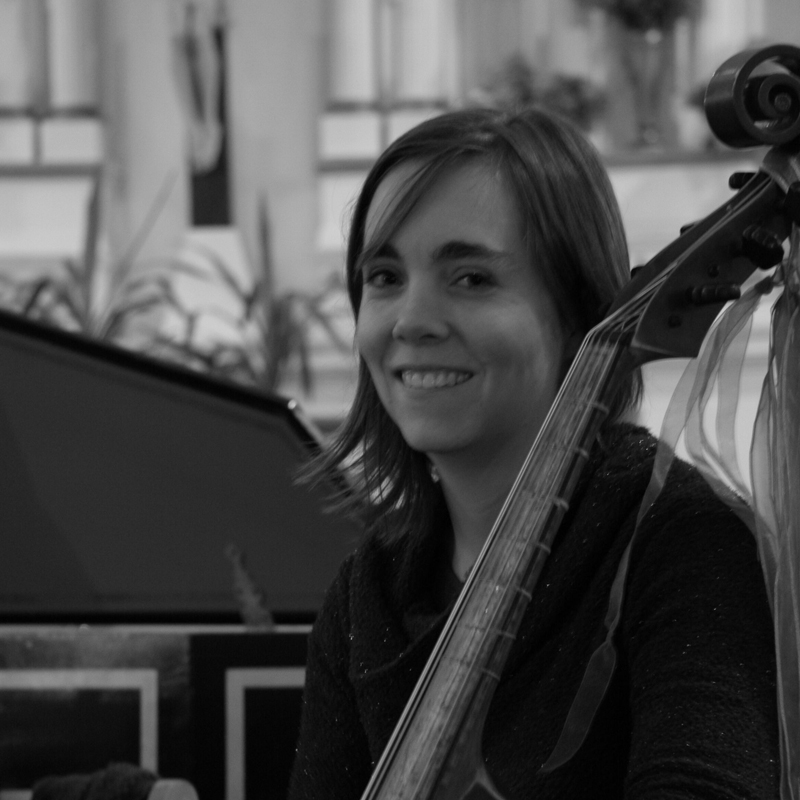 Captivated by the sound of the viol during a recital given by Jordi Savall, Elin Söderström discovered in this instrument sounds of which she had only dreamed. Pursuing her love of the viol, she graduated with honours from McGill University, and received a Master’s degree from the Royal Conservatoire The Hague in Netherlands, where she studied with Wieland Kuijken.

Now based in Montreal, she has performed throughout Canada, the UnitedStates, Europe and the Near East with ensembles such as Constantinople, Masques, Capriccio Stravagante, The Toronto Consort, Les Boréades and Arion Orchestre Baroque. A special interest in consort playing has been fostered through many years of collaboration with viol consorts The Spirit of Gambo (Dutch) and Montreal-based Voix humaines. She has been heard regularly on CBC and Radio-Canada, and has recorded for the ATMA Classique, Analekta, Dorian, Astrée and Wereldomroep labels.

A dedicated teacher, Elin Söderström communicates her passion through private instruction as well as at various workshops. She has been invited by the Viola da Gamba Society of North America, Cammac, the Toronto Early Music Society and the Les Belles Soirées series at the Université de Montréal.

Currently, she is dedicating more and more of her time to contemporary and improvised music, two life-long interests that were the subject of a doctorate degree in 2010 when she was studying at the Université de Montréal.