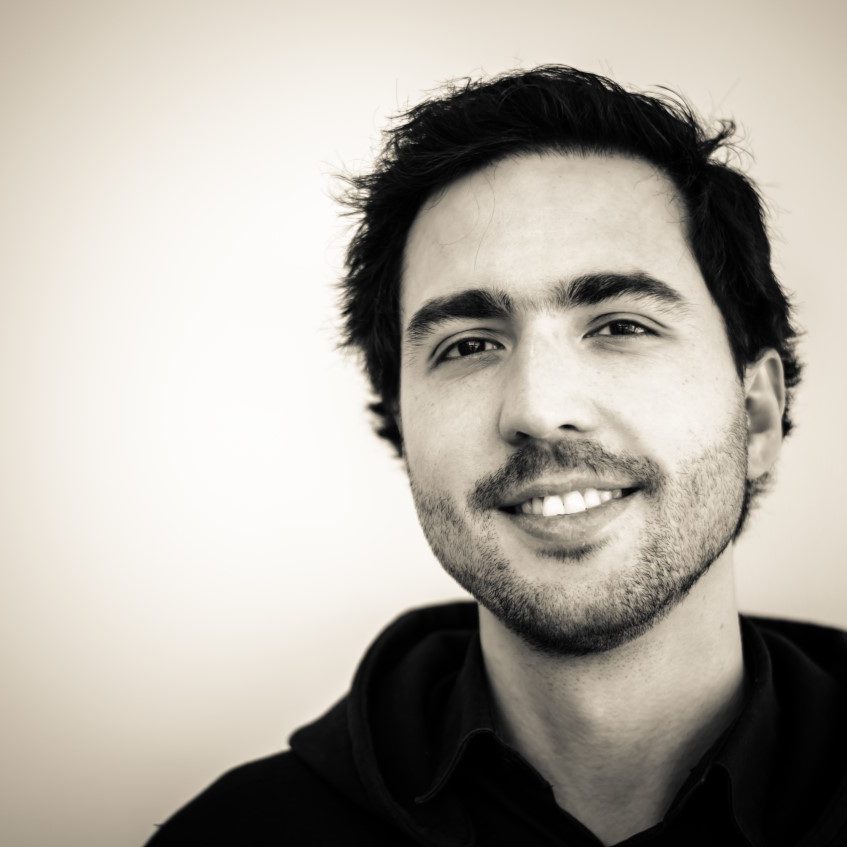 Renowned on the Montreal concert scene for his subtle playing and diversified performances, Gabriel Paquin-Buki is a graduate of the Université de Montréal, where he completed a Bachelor of Music degree in Performance under Jean-François Normand. In 2010, he founded Oktopus, an octet specializing in music from Eastern Europe (klezmer, Balkan), with whom he has given over 250 concerts in Quebec, Canada, and Europe. His arrangements and compositions, which can be heard on the albums Lever l’encre and Hapax, have garnered nominations for Juno and Canadian Folk Music awards. Gabriel was part of the Montreal cast of the Broadway show Indecent, presented in 2019 at the Segal Centre, and collaborates with several artists and groups on the Canadian scene. In 2017, he decided to delve into books and complete a master’s degree in comparative literature at the Université de Montréal. In his thesis, he explored the sensitive subject of humour in the literature of the Holocaust. Since then, he divides his time between music and words.