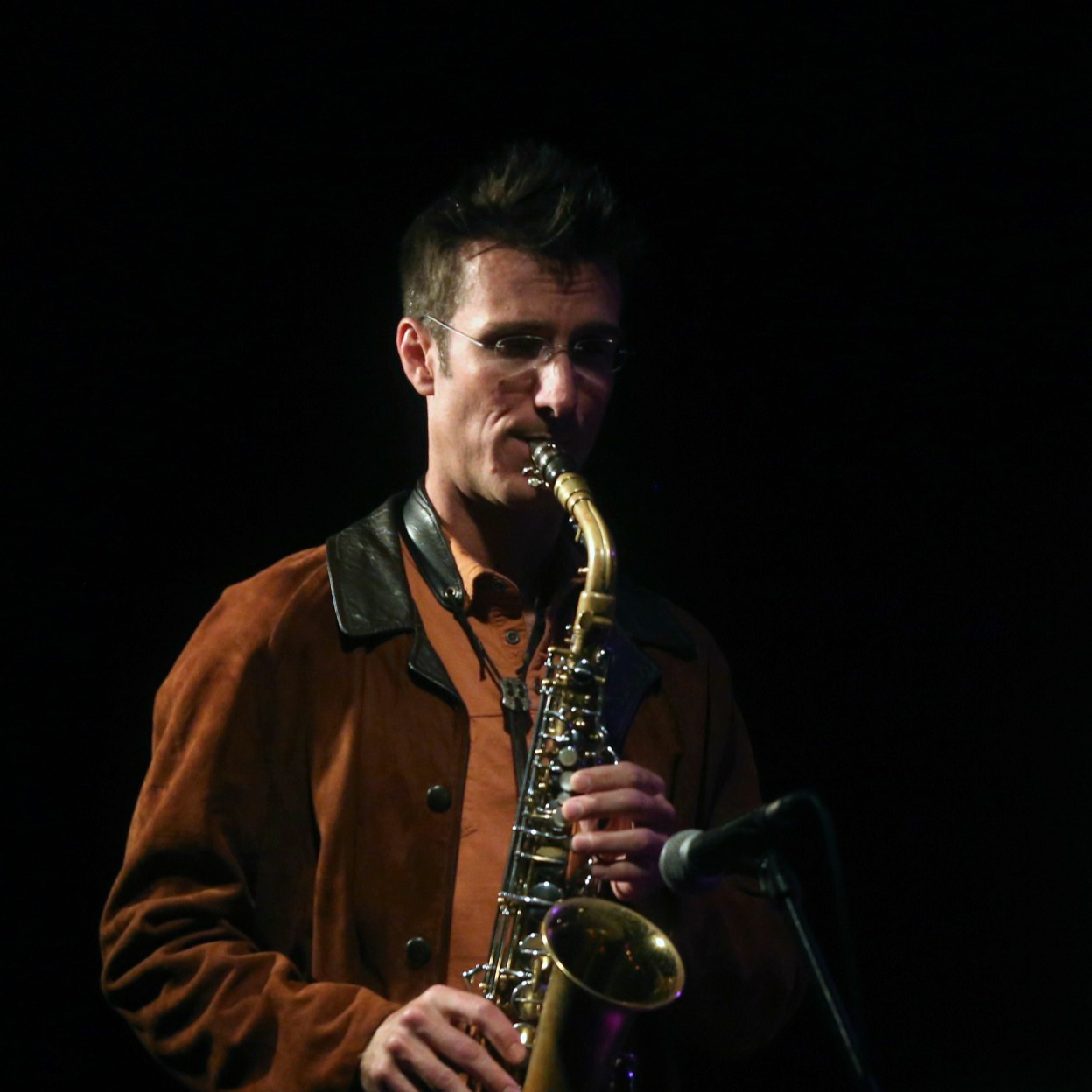 Bruno Lamarche is a creative saxophonist, clarinetist and flautist who pursues a very enriching musical career in North America and in Europe, for more than twenty years.  We’ve been able to hear him on records with his group’s debut album (Buddhakick, The Good People Records label); with Félix Stüssi 5 and Ray Anderson (Hieronymous, nominated at the Junos ; Baiji ; and Give me five, Grand Prix de Jazz General motors in 2007); with Joel Miller’s Mandala (Mandala ; Tantramar, Opus for the best jazz / world music concert); and with Bernard Primeau (Liaisons), among others.  He had the honor to play with great musicians like Ben Monder, Benoît Charest, Kurt Rosenwinkel, David Binney, Christine Duncan and Don Thompson, and within groups such as Altsys, the Dixieband, The National Jazz Orchestra of Montreal and Jazzlab.  Recognized arranger, Mr. Lamarche has received CALQ grants and earned a Bachelor of Jazz Performance at McGill University (with highest distinction), where he received the Marion Magor Memorial Scholarship and the James McGill Award.  He also taught saxophone as a specialist in more than a dozen high schools, and led jazz orchestras in several music camps including at CAMMAC.