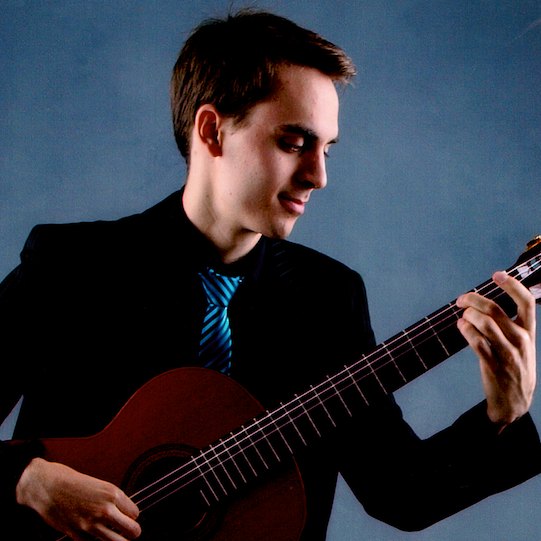 Early on in his life, Samuel started participating in concerts and other music-related events. In 2007, he earned a college degree at Cégep Marie-Victorin. He pursued his studies at Université de Montréal’s Faculty of Music, working with Peter McCutcheon. While pursuing his Master’s Degree, he was awarded a prize by the Montreal Conservatory for his accomplishments. Concurrent with his studies, Samuel works for the Montreal Guitar Society.

Samuel’s training touches upon a wide range of styles, which he credits to several years studying jazz and blues-rock. He is looking to expand his horizons by learning other string instruments related to the guitar, such as the vihuela and the Renaissance-era lute.

He has performed several duets on stage, accompanying flutists, violinists, singers and other guitarists.