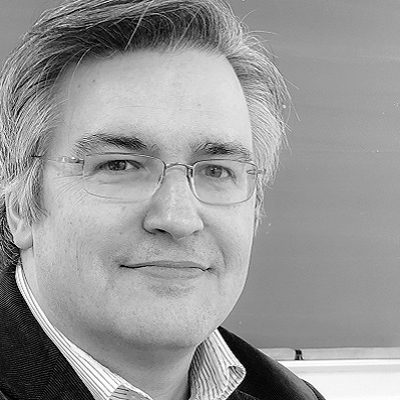 Growing up in a family where music was important, Laurent Patenaude was a member of the Petits Chanteurs du Mont-Royal before entering the Conservatoire de musique du Québec in Montreal. He graduated with degrees in viola, chamber music and music history. Throughout his studies, he gained a wide range of musical experience in professional orchestras and ensembles, in vocal ensembles, as a teacher and as a choir director.

In 1997, a few months after completing his musical studies, he was hired by Les Violons du Roy, with whom he had played as a supernumerary musician, as director of artistic personnel. Since then, he has been involved in the local, national and international development of this chamber orchestra, as well as its associated choir, La Chapelle de Québec. Still employed by Les Violons du Roy, Laurent Patenaude has seen his responsibilities increase over the years. In April 2019, he will be appointed co-director general and head of artistic administration.

In addition to his work with Les Violons du Roy and La Chapelle de Québec, Laurent Patenaude is involved in the community and cultural life of Québec City. From 2009 to 2019, he hosted programs devoted to classical music on CKRL 89.1, a community radio station in Quebec City. He was the general director of the International des musiques sacrées de Québec for the 2014 edition. In 2017-2018, he was responsible for the classical programming of the Palais Montcalm.