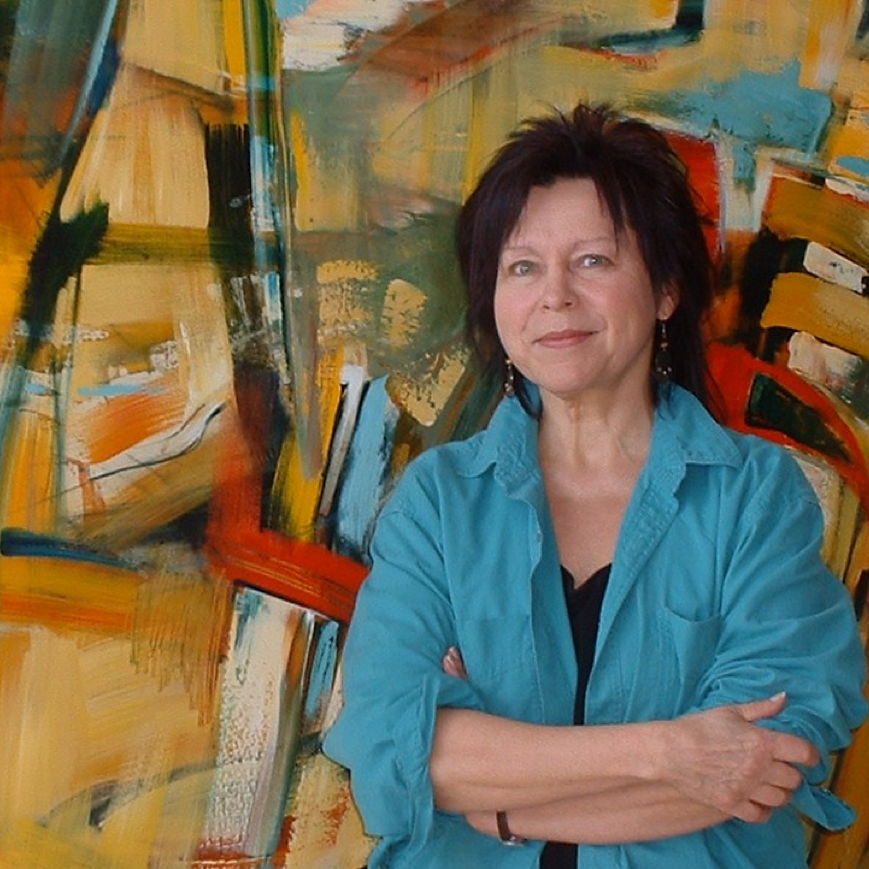 With her Russian father and Franco-Polish mother, Tania Lebedeff immigrates to Quebec at the tender age of two. It is to no one’s surprise that she undertakes her undergraduate studies at the École des Beaux-Arts de Montréal and later pursues her Bachelor’s Degree in art education at UQAM, considering art has always been deeply valued in her family and a present force in her upbringing.

Tania has taught painting and creative drawing for over 40 years, all the while nurturing her own personal projects. Her paintings have been exhibited in Quebec since the early 80’s. Her pieces have also been exhibited in Japan, Czechoslovakia and Bulgaria, as well as being part of different collections including ones from Fondation Paul-Émile Borduas, Viile de Saint-Jean-sur-Richelieu,Ville de Saint Basile, and multiple national libraries etc. She has received many awards for her work.

Tania is an active part of the art community of her region and a member of the RAAV. She was also the art director for the visual art department and co-founder of the Arts-Station Center at Mont Saint-Hilaire from 1995 to 2013.