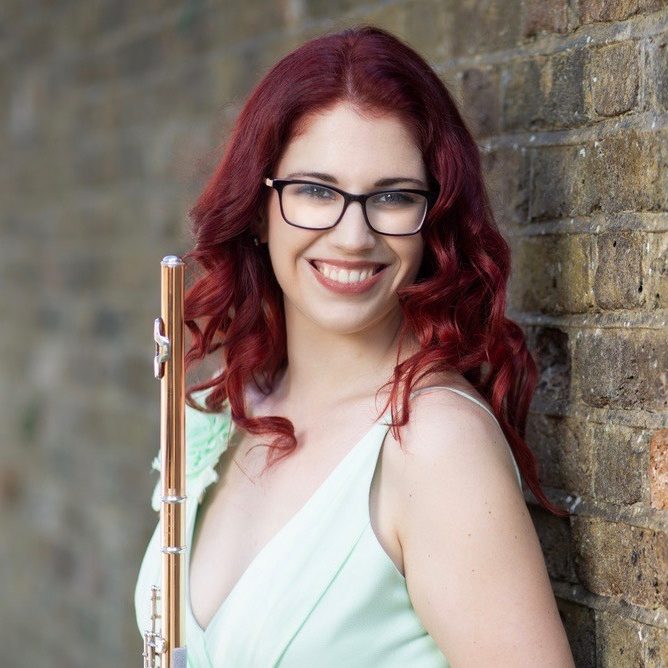 Lindsay Bryden is a freelance flutist from Ottawa, recently returned from a decade in the UK. Comfortable in a wide range of genres and settings, she is active in collaborating in the performance and recording of new music projects and is particularly passionate about bringing forward to audiences music which is seldom heard or which has fallen into obscurity.

Lindsay has performed in such outstanding venues as the National Arts Centre in Ottawa, Salle Bourgie in Montreal, and St Martin-in-the-Fields and the Royal Albert Hall’s Elgar Room in London, UK. She has participated in numerous festivals including Music and Beyond in Ottawa, Vianden in Luxembourg, and Spitalfields in London.

Lindsay earned her BMus at the Royal College of Music and her MA under William Bennett at the Royal Academy of Music. She was in residence at the Flute Studio in Kent, UK with Trevor Wye in 2018-19. She is a recipient of the Sylva Gelber Music Award and Canada Council Emerging Artist and Arts Abroad grants. Following her 2016 NAC Rising Star recital, nationally broadcast by CBC, she was named a CBC Young Artist of the Year and was shortlisted for the 2018 Women’s Musical Club of Toronto Career Development Award.