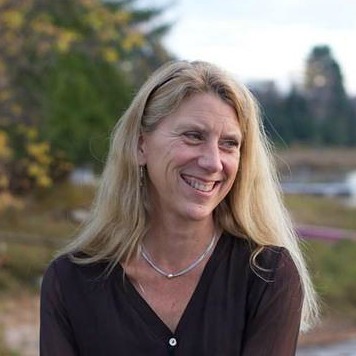 As an art educator and teacher for over 35 years, Wanda has worked with all age-levels, teaching predominantly art, English, drama and music. She studied at Concordia University, where she received her Bachelor of Fine Arts, teaching diploma and Master of Arts in education. Wanda also studied in the Netherlands and received a diploma in Communication Technology from the Utrecht School of Arts.

In addition to playing with paint, Wanda also plays the oboe, and enjoys performing with the Lakeshore Chambre Orchestra and the Lakeshore Concert Band. She attributes much of her love for making music to her early years at CAMMAC; both at Lake MacDonald and the North Island chapter (which was active in the 1970’s).

Wanda’s first introduction to CAMMAC was in the 1960’s. She was an active participant throughout the 1970’s and 80’s, started teaching at CAMMAC in the 1980’s, and returned as a regular presence since 2003.

FYI, Wanda has been known to say that there are dragons in the Attic.