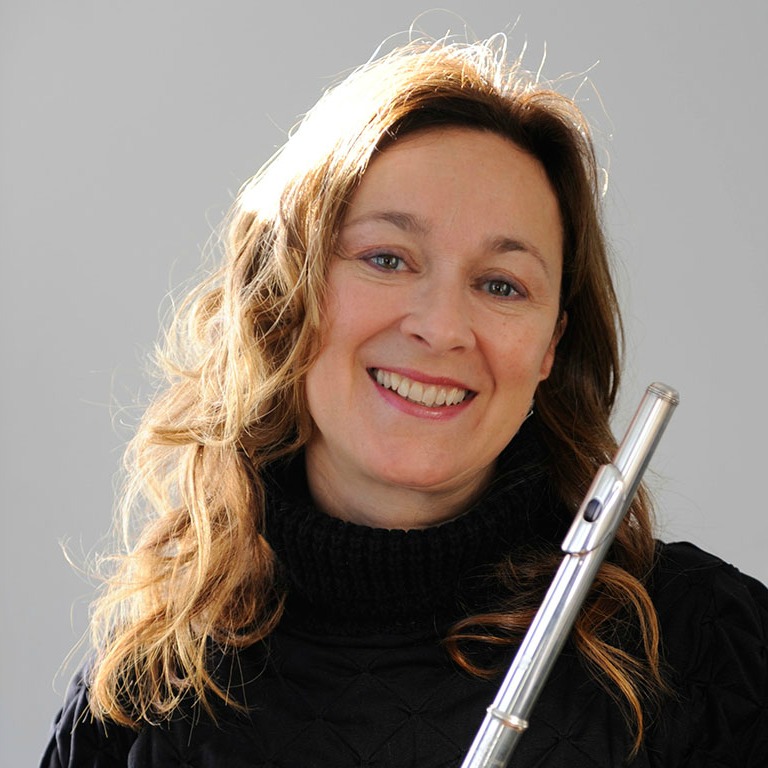 Claire Marchand is one of the most sought-after flutist in Québec. Acclaimed by the critics for her subtlety of colors, technique and magnificently balanced virtuosity, she has appeared as a soloist in numerous concerts, recitals and chamber music ensembles.  After ten years of piano, Claire Marchand took up the flute at the age of sixteen with Canadian flutist Lawrence Beauregard.

The following year, she entered the Conservatoire de musique du Québec with Gail Grimstead where she obtained degrees in flute and chamber music. Claire Marchand also studied with flutist Patrick Gallois in Paris, as well as with Pierre-Yves Artaud,  with whom she received Premiers Prix by unanimous decision in flute and chamber music. She attended various advanced courses and seminars, including at IRCAM in Paris and Mozarteum in Salzburg. She also participated in many master classes with Alain Marion, András Adorján, Ransom Wilson and Aurèle Nicolet. She was awarded a grant from the Conseil des Arts et des Lettres du Québec to study with Robert Dick in New York and with Mario Caroli in Strasbourg.

Winner of the Opus Prize for best concert of the year in contemporary music, Claire Marchand is praised for her innovative performances which have inspired audiences across the country. She gave the Canadian premiere of Salvatore Sciarrino’s L’Opera per flauto, for which she earned the praise of Montreal’s critical fraternity. She made guest appearances as a soloist at the Ars Musica in Belgium, the Foro Internacional de Música Nueva Manuel Enríquez in Mexico, the Lanaudière Festival, the Société de musique contemporaine du Québec (SMCQ) and the Ottawa Chamberfest in Canada. Furthermore, she has given master classes in Canada, the United States, Mexico, Europe and Asia.

Claire maintains an active schedule as a soloist, chamber musician and professor. She has taught at the McGill University’s Conservatory of Music Schulich School of Music for 18 years and is now actively involved in teaching the flute at her studio in Montreal. She can be heard on the ATMA label in a recording of 20th century music for solo flute, as well as in chamber music (Schoenberg, Pierrot Lunaire) and ANALEKTA label in a concerto for flute and harp by Mozart with Valérie Milot and Les Violons du Roy under the direction of Bernard Labadie.

Claire Marchand is currently the Executive Director and Artistic Director of the Canadian Music Center in Quebec since 2015.