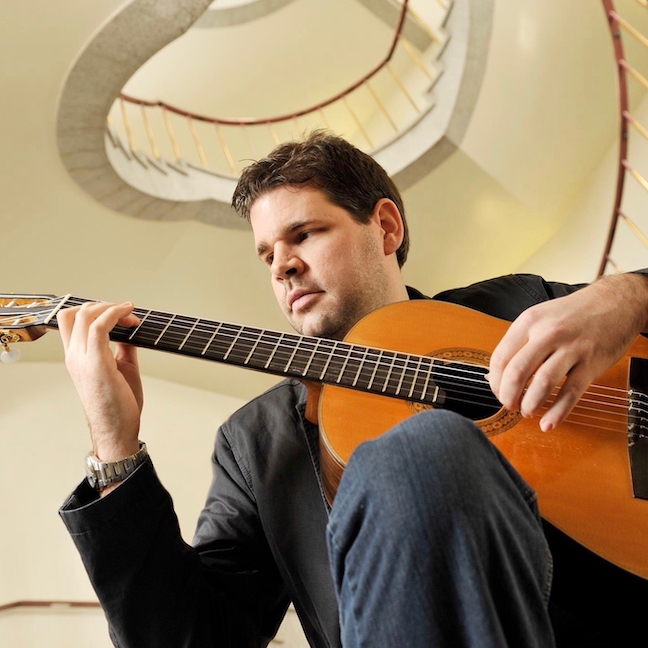 Mathieu Boucher has been a lecturer in instrumental pedagogy at the Faculty of Music of the Université de Montréal since 2015. A graduate of the Conservatoire de musique de Québec (where he received a unanimous award in classical guitar and counterpoint) and of Université Laval (Doctorate in music education), he taught classical guitar at the Cégep de Sainte-Foy between 2007 and 2016 and has been coordinating the Anne-Marie Globenski Preparatory School at the Université Laval Faculty of Music since fall 2015.

His scientific research on the use of video replay among college-level classical guitarists has been published in prestigious journals such as Psychology of Music and Musicae Scientitiae. His lectures on instrumental work and pedagogy have been presented at several institutions of higher learning and schools in Eastern Canada and in France. His innovative content, based on the real-life experiences of instrumentalists, has generated great interest among the students and teachers who have attended his lectures. He is the author of teaching tools focused on instrumental practice published by Productions d’OZ (Le musicien stratégique, Le petit musicien stratégique and The Strategic Young Musician) in addition to hosting the podcast Le musicien stratégique launched in January 2021.