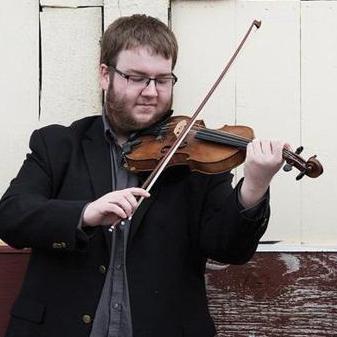 Nicolas Babineau is a multi-instrumentalist and a sound engineer appreciated for his sensitive and versatile musicality. Trained as a classical violinist at the Conservatoire de Musique de Trois-Rivières, he also studied folk and jazz music with fiddler Tommy Gauthier (Yves Lambert Trio). However, it is the musical universe of traditional Quebec fiddlers, their inimitable style and their repertoire of unsuspected richness, that inspires his approach to fiddling today. On guitar, Nicolas is an accompanist known for his remarkably concise minimalist approach. His duo with Montreal fiddler Alexis Chartrand, which highlights the melodies inherited from 20th century fiddlers, has performed in Quebec, the rest of Canada, the United States and Sweden. Numerous groups such as the Yves Lambert Trio, La Bottine Souriante, Réveillons! and Les Portageux have benefited from his virtuosity on fiddle, guitar and mandolin in concerts in Canada, Chile, Spain, France and the United States. He has also accompanied the chansonnier Jérôme Charlebois, and participated in the European tours of the dance troupes Les Bons Diables and Les Mariniers in Belgium, Estonia, Poland and Portugal. Since the making of his first album at the age of 13, Nicolas has participated in the sound recording, mixing and production of some fifteen albums of traditional and folk music. Co-producer of the two Babineau/Chartrand albums, of a duet album with Jean Duval and of Alexis Chartrand and Colin Savoie-Levac’s album Le Tranino (Rosier), Nicolas is inspired by his background in classical music to capture the immediacy of real, unedited performances and to offer recordings that are prized for their “hushed and intimate atmosphere”, which “allows for attention to the smallest details”.