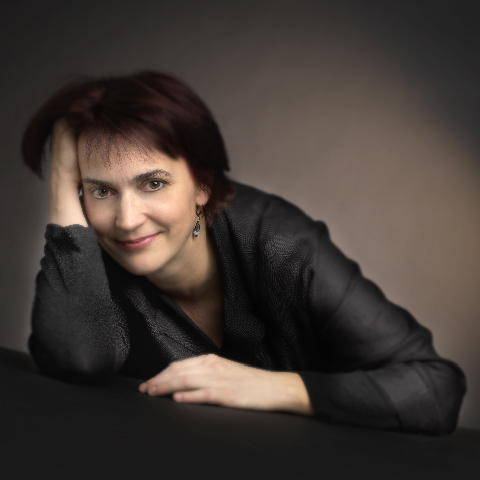 Lucille Ouellette graduated from Université de Montréal with a Master’s Degree in piano performance. She then went on to graduate from the European Conservatory in Paris, earning a diploma in piano and chamber music. For the following 4 years, Ouellette continued to study at the European Conservatory in Paris under Yvonne Lefébure, Catherine Collard, and Théodor Paraskivesko.

Upon returning to Québec, Ouellette worked as an accompanist and piano teacher at the Pierre-Laporte School, Vincent d’Indy Cegep, CAMMAC summer musical camp.

In 1997, Ouellette founded Baie des Chaleurs’s International Chamber Music Festival and served as the artistic director. There, she shared the stage with multiple artists, such as Richard Raymond, Pentaèdre, the Arthur-Leblanc Quartet, Quatuor Casal, the Alcan Quartet and Quatuor Borealis. She created and produced several concerts, such as L’esprit romantique de Schumann, Brahms, Schumann with actors Pierre Lebeau, Jean-François Gagnon, Marie-Hélène Copti, and musicians Ophélie Gaillard and Laurence Kayaleh. With her ensemble, Trio Neptune, Ouellette also created the show Une pause en Espagne which featured dancer Julie Duguay and actor Jean-François Gagnon. She has also worked on other projects with female composers as the subject.

In 2004 and 2006, the festival directed by Ouellette received the Éloize prize for the Yearly Event (Atlantic). Furthermore, the festival also received a tribute prize for community organization from Restigouche Enterprise in 2005.

Ouellette has been a piano teacher and accompanist at St-Laurent Cegep in Montreal since 1998. There, she has also been the director and pianist of the musical production of the opera workshop for the last 20 years. Ouellette has recently instigated a series of concerts featuring the teachers of the music department.