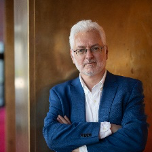 Pierre Vachon is a musicologist. He holds a Ph.D. in Musicology from the Université de Montréal and has published articles on romantic music, opera and music history. As a contributor to the Dictionary of Canadian Biography, he has written biographical notes on Romain-Octave Pelletier, Rodolphe Plamondon as well as Emma Albani, about whom he published a biography. He has been a lecturer at the universities of Sherbrooke, Montreal and UQAM, and was a well-known host on Radio-Canada’s now defunct cultural channel (now Ici musique) for fifteen years. Since 2006, he has been Director of Social Action and Education at the Opéra de Montréal, during which time he has also produced a series of lectures on music. In 2009, he co-founded the Société pour les arts en milieux de santé. Most recently he has worked with the Voyages Inter-Pays travel agency, accompanying groups and providing information and education on concerts and shows during the voyages.