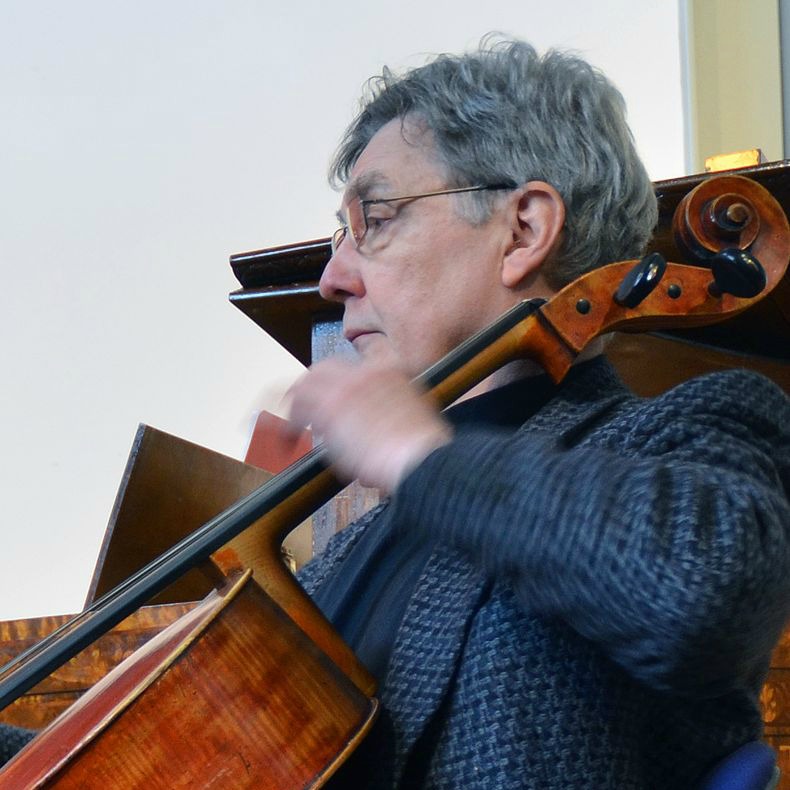 Born in Cleveland, Ohio, cellist Donald Pistolesi graduated from the Eastman School of Music in Rochester, New York. After playing in the Milwaukee Symphony in the early 1970s, he settled in Montreal in 1975, working as a freelance cellist from 1978 to 1989. From 1978 to 2006, he was a member of the Orchestre des Grands Ballets de Montréal. Mr. Pistolesi also served as editor and translator at the Montreal Museum of Fine Arts from 1989 to 2002. He is now an aspiring retiree but remains active in both fine arts translation and music. He has appeared frequently in chamber music series at Christ Church Cathedral and Saint John’s Lutheran Church and in benefit concerts for such organizations as Extra Miles, the West Hill Grandmothers and L’Abri en ville. In addition to teaching privately, he coaches the cello section of the Westmount Youth Orchestra and ensembles at CAMMAC May weekends. His recording of the cello music of Alain Payette, with the composer at the piano, is available from the Canadian Music Centre.