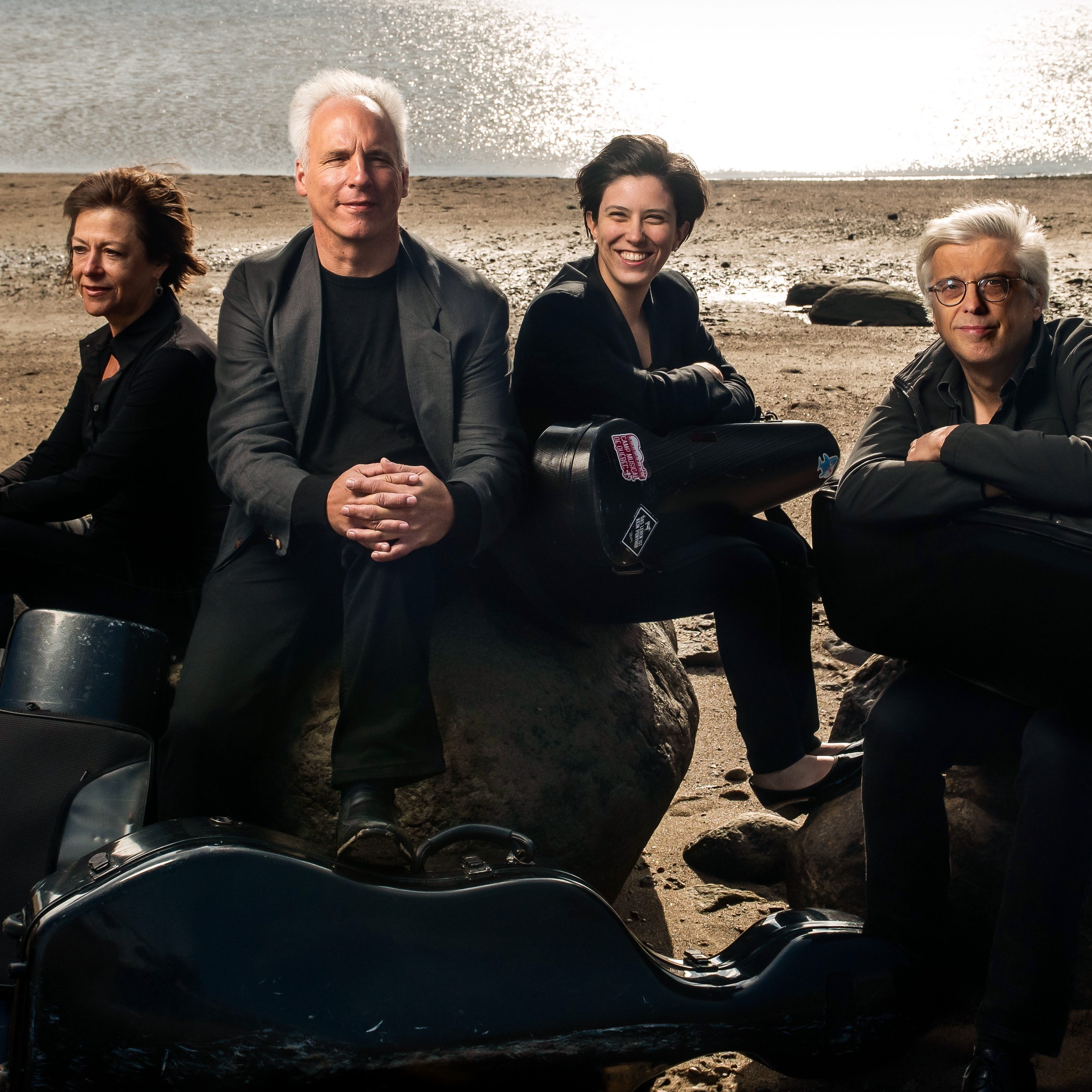 The Quatuor Saguenay, composed of violinists Marie Bégin and Nathalie Camus, violist Luc Beauchemin, and cellist David Ellis, has developed a reputation for excellence throughout Canada and internationally. The quartet’s originality, contagious enthusiasm, unique sonority, and remarkable cohesion have all contributed to its long-term success, both on stage and in recording. The four instrumentalists are also the first chairs of their respective sections of l’Orchestre symphonique du Saguenay-Lac-Saint-Jean.

Since its formation (1989), the quartet has been based in Saguenay, Quebec. Thanks to a financial agreement between the orchestra and the town of Saguenay.in 2017, the Alcan Quartet is now known as the Saguenay Quartet.

The extensive discography of the Quatuor Saguenay (recorded under the name ”Alcan Quartet”) includes major works from the string quartet repertoire, such as those of Haydn, Mozart, Schubert, Dvorak, Debussy, and Borodin. In 2015, the complete Beethoven quartets were added to the collection. These recordings have received adulatory reviews in the United States and Europe. The quartet won the Opus Award, Recording of the Year, for its album devoted to Schubert’s quartets, as well as a Félix Award in 2011 for Mathieu — Trio & Quintet, together with Alain and David Lefèvre.

The quartet is regularly invited to teach at universities, conservatories, and summer academies in Quebec and elsewhere. The quartet’s involvement with young people of the area is an invaluable contribution for the Saguenay Conservatory of Music, the SLSJ Youth Orchestra, music schools, and Saguenay—Lac-Saint-Jean public schools. All four members also play an active role in many other cultural organizations in Saguenay—Lac-Saint-Jean.

The Conseil des arts et des lettres du Québec (CALQ) and the Canada Council for the Arts (CCA) contribute to making this prestigious ensemble known throughout Quebec, Canada, and throughout the world.