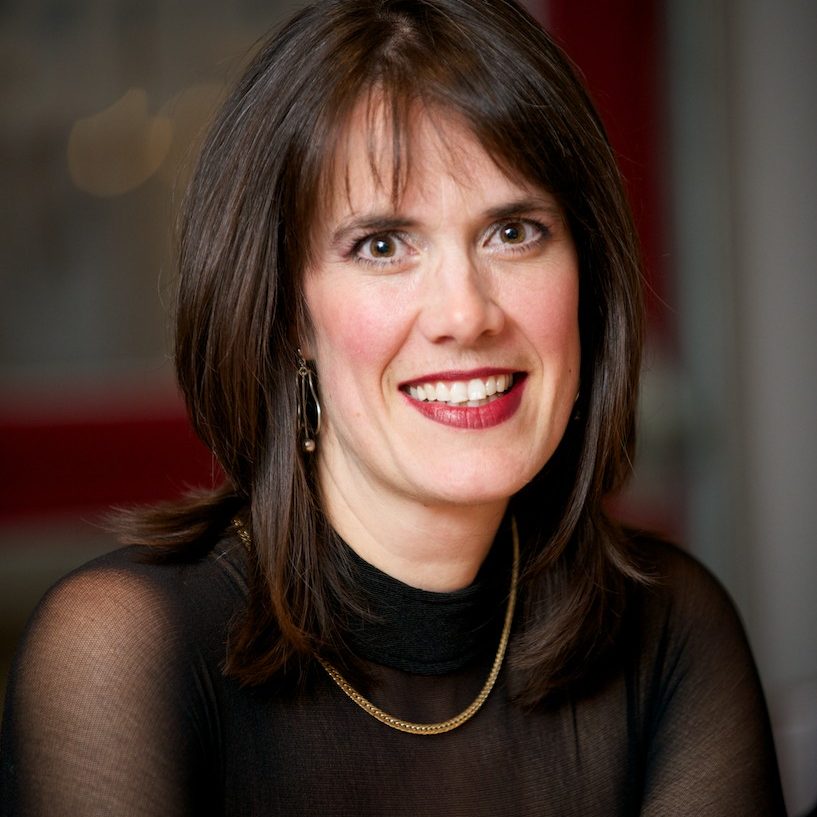 Dr. Rachel Beausoleil has been teaching voice since 1999. She is an award-nominated producer and internationally acclaimed singer who “becomes a giant on the stage.” This big voice is no accident. Rachel has done more than her 10,000 hours of practice… She treats her voice like a living instrument, honing and refining her game constantly. And she encourages her students to do the same.

Rachel maintains a thriving private teaching studio in Ottawa. She is sought-after for her expertise in world musics, vocal technique and singing in different languages. Rachel completed a PhD on Brazilian popular song, and a master’s degree on jazz vocal improvisation. She complemented her ethnomusicology training with studies on music and the brain and holds undergraduate degrees in music and languages.

She maintains that her academic studies have made her a better musician and teacher. She says: “My studies lead me to travel and perform with a variety of musicians. They also forced me to delve into my own life, perspective and energy, in ways that percolate into my music and my teaching.”

Rachel went to Brazil in 2012, to perform, teach and do research. She gave a lecture-recital at the Department of French Letters at the University of São Paulo (USP), Latin America’s largest university. USP then invited her to return in 2013 to participate in a musical tour called the Panamérica Canção Project. Rachel toured the State of São Paulo with 8 Brazilian musicians and a producer, sponsored by USP. She also produced a series of workshops, lectures and shows with the same group in Ottawa the same year. Rachel returned to Brazil for six weeks in 2015 to perform, teach and finalize her research.

While in Brazil, Rachel conducted vocal masterclasses, gave lectures, conferences, and performances at several locations, including restaurant/bars, private music schools, and universities. She also studied with Rosa Passos, who gave her a thumbs-up.

Rachel has authored a book entry on Quebec songwriter Félix Leclerc which will appear shortly. She wrote an article on Canadian indigenous throat singing for CAMMAC’s Toronto Region newsletter. And she is currently working on her own manuscript on voice technique and interpretation.

I have had many lessons and masterclasses over the years, but your approach is the right pedagogy to help people understand that what they cannot see… you clearly seek to understand then help others understand…. it is rare – you are a true teacher! – C.C.

She brings to her teaching a thoughtful and experienced approach to technique, a wealth of metaphor, and a sense of play. Her great strength lies in finding a teaching in every musical passage, no matter how short and regardless of genre. Rachel has helped me to find my true singing voice and to rediscover the joy of song. – P.R.

Since the days of Ottawa’s After Eight Jazz club in the early 1990s, Rachel has been part of – and fronted – many groups in the Ottawa-Toronto-Montreal corridor:

Beausoleil’s joy in her music was readily communicated to the audience… I don’t speak Portuguese, but Beausoleil’s expressive voice, face and gestures told me what I needed to know. – L.T.

Noteworthy venues where Rachel has performed include:

Brazz (2020). Nominated for best production and arrangements by the Capital Music Awards. Rachel invites the listener on a journey into the vast ocean of Brazilian popular song with jazz covers of classic tunes. A contingent of Brazilian and Canadian musicians perform in duet, trio and quintet formation. Brazz has received praise on three continents.

Her rich timbre with its gentle vibrato is a perfect fit for the idiom. – Gordon Jack, JazzJournal.co.uk

[Beausoleil’s] vocals are so endearing, enchanting, and entrancing (she’s hypnotic on every track…) – Tony Frankel, StageAndCinema.com

Trille des voix (2012). A passion project of 91 French songs for little children arranged by seasons for the school year. Popular demand forced Rachel to reissue the double-CD in 2020. She is also featured as conductor and vocalist on Elise Letourneau’s Requiem for Fourteen Roses (2014).