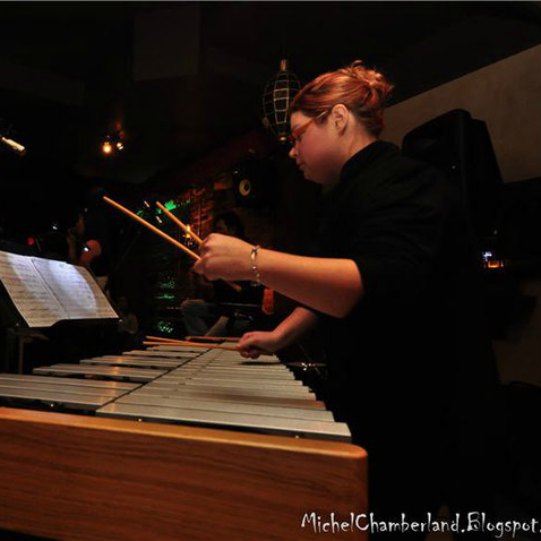 A native of Coaticook, Québec, Isabelle Tardif was introduce to the world of percussion at the age of 14. Isabelle holds a diploma of specialisation in keyboard percussion from the Strasbourg Conservatory where she studied with the renowed percussionist and composer M. Emmanuel Séjourné.

Isabelle also holds a Master degree in chamber music from McGill University in the class of Fabrice Marandola and Aiyun Huang and a Bachelor’s degree and a 2e cycle diploma in musical interpretation from the Sherbrooke University, having studied with the renowed professor, Mario Boivin.

Isabelle has distinguished herself at the at the prestigious Prix d’Europe competition by winning the first prize in the winds and percussion category in 2011 and she also won the John Newmark scholarship in 2010, the second prize of the whole competition. She won also the first prize of the Sherbrooke Music Competition in 2006, winning in the Canadian music category, concerto class and recital class. Isabelle occurs in various instrumental ensembles, such as percussion duo PerLocuSSion the Sherbrooke Orchestra, the New World Philharmonic Orchestra, the Thunder Bay Orchestra and the Orchestre Symphonique de Drummondville.

Isabelle has also participated in various master classes with teaches such has Mr. Louis Charbonneau, Anthony Cirone, Emmanuel Séjourné, Jean Geoffroy, Beverly Johnston, Stephane Fougereux and by participating to summer camp such has the Orford percussionn week and thePierre Monteux School for Conductors and Orchestra Musicians . Isabelle is also active in the field of education by offering private master classes and private lessons for various institutions of learning.