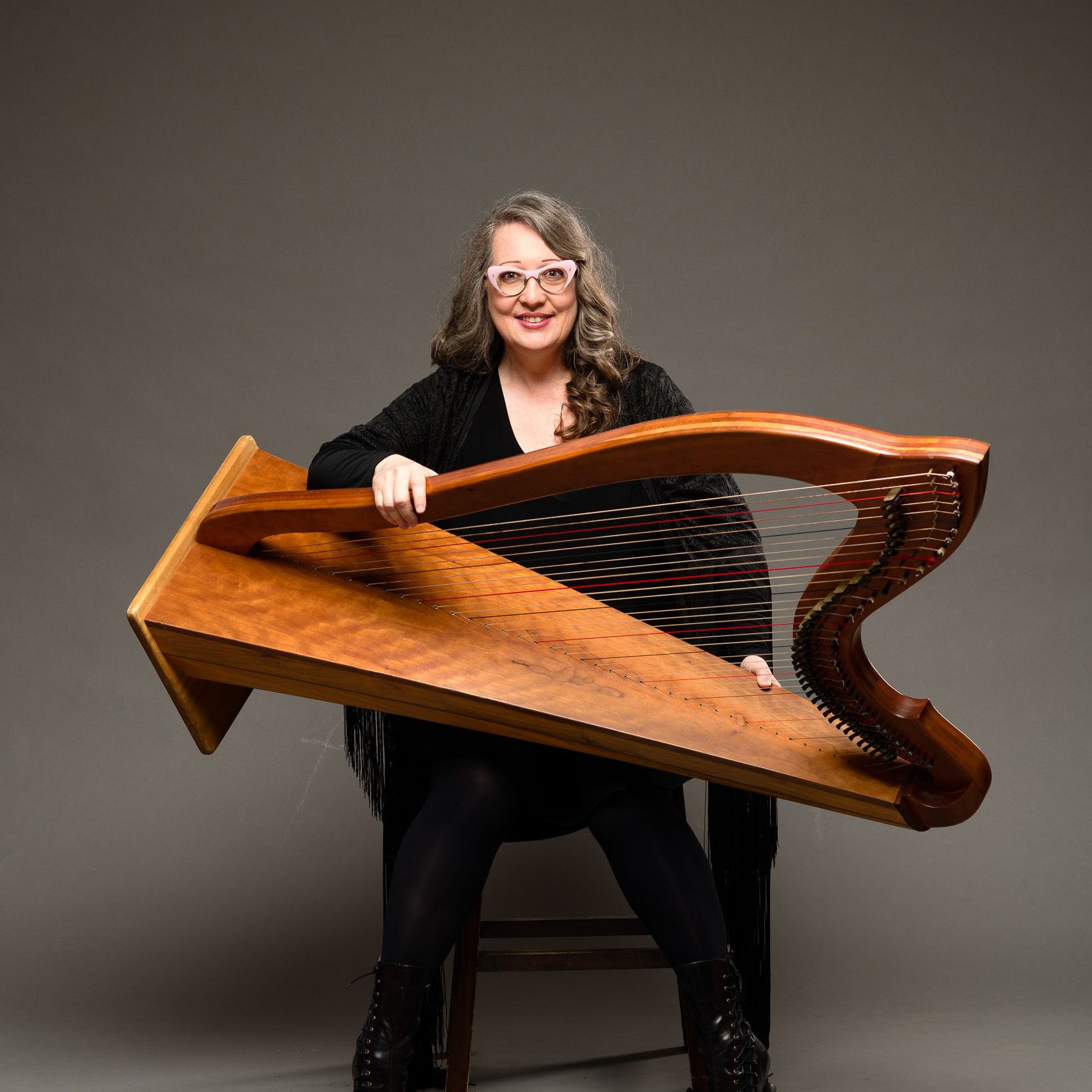 Sharlene Wallace has made music all across Canada and in much of the rest of the western world. Her seven recordings of original music are streamed and broadcast everywhere, and her solo performances and collaborations with artists such as bassist George Koller, accordionist Joseph Macerollo and fiddler Anne Lindsay have brought her recognition at the highest levels of both folk, classical and contemporary music. Sharlene is a competition winner at the Lyon & Healy International Pop & Jazz Lever Harp Competition and Dinan Concours d’Improvisation de Rencontres International de Harp Celtique. She performs as an orchestral harpist in the Kingston, Guelph and Oakville Symphonies, teaches at York, Guelph and Wilfred Laurier Universities and brings her love of music-making across the country every summer including workshops in Wells, BC at Island Mountain Arts and in Quebec’s Laurentian mountains at CAMMAC. Sharlene is a graduate of the University of Toronto, where she studied with the eminent teacher Judy Loman, as well as studies with the world-renowned Paraguayan harpist Alfredo Rolando Ortiz. She is a composer, an improviser, a collaborator and, above all, a musician.