The Gesualdo Six… In Heaven It Is Always Autumn 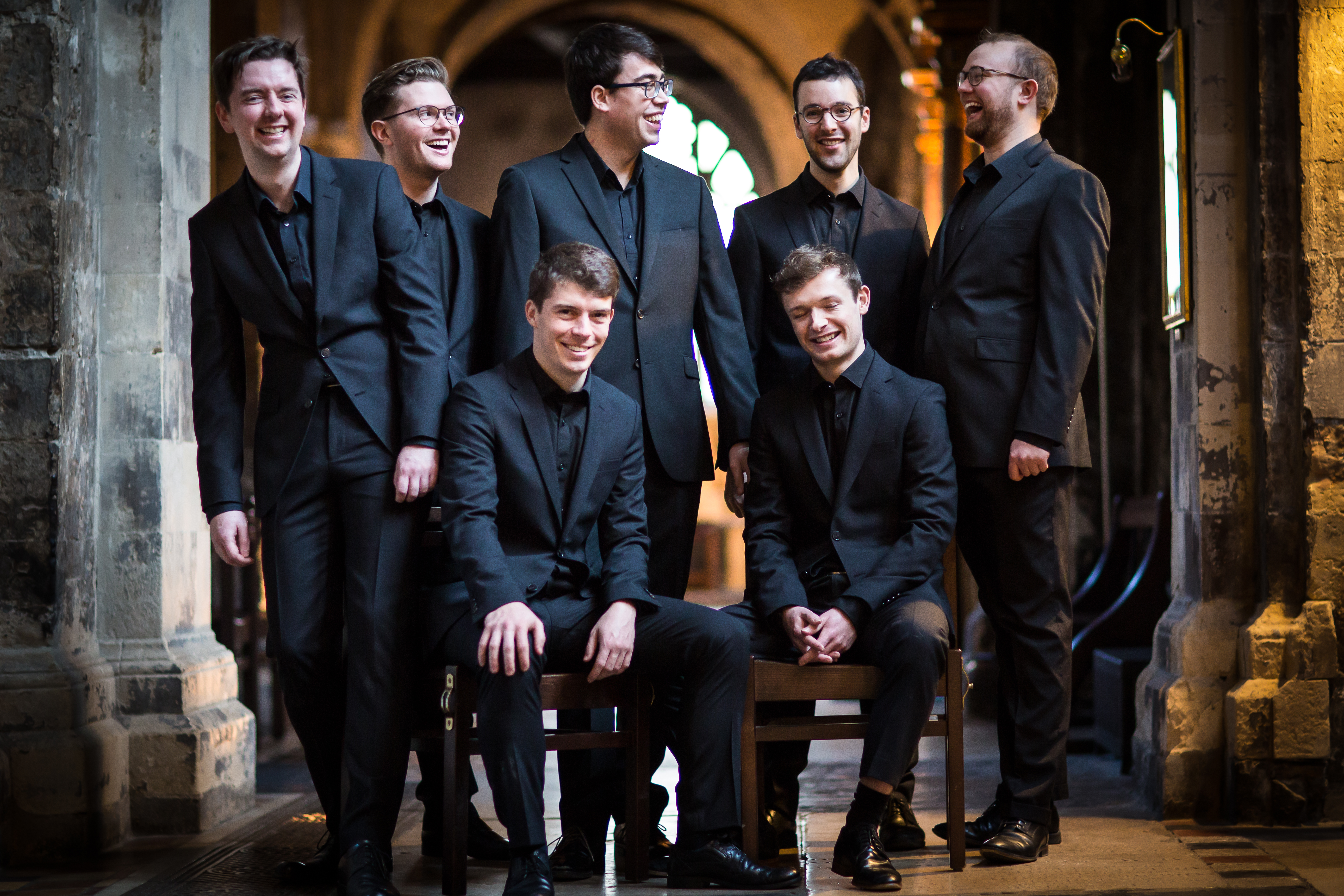 “These performances are superb: precision, warmth, power and delicacy united in an utterly beguiling whole, all the while maintaining perfect definition as each vocal tonality inhabits its own sphere.” – Limelight Magazine

“The whole program moved forward by alternating between homophonic and polyphonic textures; between relative simplicity and complexity; between relaxation and tension… The effect was as mesmerizing as the almost inexplicable contrast between the purity, clarity and beauty of the singing on the one hand and its affective ferocity on the other. The code-shifting between plain English and luxuriant Latin only intensified this effect.” – Limelight Magazine / February 2020

The Gesualdo Six meld renaissance polyphony with contemporary choral music to create an impeccable blend and intonation with every performance they give and every recording they make.

If you’ve ever had the chance to hear them live, you won’t soon forget the mesmerizing alchemy that arises in the room as they sing, which has been described as creating an effect “as though time had stopped”. When they performed and taught at CAMMAC in 2018, they because immediate favourites, and left a lasting impression with everyone who had the chance to hear their performance and interact with them.

The group was supposed to teach this past summer at CAMMAC, but were unable to travel to Canada due to the pandemic. If conditions permit, they’ll be back in 2021.

In the meantime, CAMMAC is proud to present an exclusive online concert recorded especially for CAMMAC’s audience, presenting some of the finest consort works from renaissance and modern-day composers, connected by themes of nature, blessing and thanksgiving. On the program, selections from William Byrd, Josquin des Prez, Thomas Tallis, Sarah Rimkus, Christen Holmes and Richard Rodney Bennett.

The premiere of the concert will be on Sunday October 11, 2020, at 7:30 p.m. Ticket holders will be able to view the concert on-demand for two weeks following the premiere.

FOR MORE INFORMATION AND TO PURCHASE TICKETS

This concert is part of CAMMAC’s Thanksgiving Weekend online program. For more information on the workshops and other activities:

Upcoming Workshop with The Gesualdo Six

We are also very happy to announce that The Gesualdo Six will be giving an online workshop for CAMMAC on November 1st. More details and registration information will be available very soon! Make sure that you’re subscribed to our newsletter to receive all the details:

To get a glimpse of what The Gesualdo Six will have in store for us on Sunday, you can watch their performance from Live from London this past summer, of William Byrd’s “Lullaby, my sweet little baby”.

The Gesualdo Six is a vocal consort comprised of some of the UK’s finest young consort singers, directed by Owain Park. Formed in March 2014 for a performance of Gesualdo’s Tenebrae Responsories for Maundy Thursday in the chapel of Trinity College, Cambridge, the group went on to give over 150 performances around the United Kingdom and abroad in its first five years. During this time, The Gesualdo Six further strengthened a passion for ensemble singing that for many of them stemmed from formative years as choristers in churches and cathedrals around the country.

The Gesualdo Six regularly performs at festivals around Europe, and will tour Australia, Canada, Mexico and the USA in 2020. The ensemble often incorporates educational work into its activities, holding workshops for choirs and composers and giving concerts alongside local performers. The Gesualdo Six has curated two Composition Competitions, with the 2019 edition attracting entries from over three hundred composers around the world.

The ensemble released their debut recording ‘English Motets’ on Hyperion Records in early 2018 to critical acclaim, followed by a festive album of seasonal favourites in late 2019, ‘Christmas’. The group’s latest recording is an album of compline-themed music titled ‘Fading’.