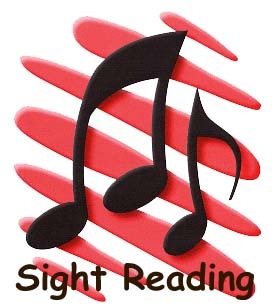 CAMMAC-Montreal holds Sunday afternoon sight readings on a monthly basis for both members and non-members, featuring instrumental and choral works, from September to May.

The public health rules must be respected.

Registration: By email to montreal@cammac.ca.

Payment of registration fees :
Payment should be made by e-transfer to montreal@cammac.ca specifying the name of the activity.  Some banks will require a secret question and answer.
Please use the  first name of the guest conductor as the answer.
If you are unable to do electronic transfers,  you may pay in cash at the event.
To become a member of CAMMAC, annual fees are $20 for students and $35 for adults.
For more information, including membership benefits, see:
https://cammac.ca/en/members/ 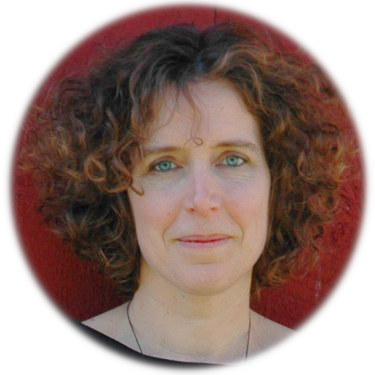 After her studies at the Utrecht Conservatory in Holland, Femke Bergsma established herself in Montreal. She worked at first as an assistant for recorder maker Jean-Luc Boudreau, and soon started performing with several ensembles. These include Les Boréades de Montréal (she was part of the Beatles Baroque program), Clavecin en Concert, Les Idées Heureuses, Thirteen Strings in Ottawa and Tafelmusik in Toronto. Her interest in medieval music leads her to studying the vielle, taking classes with members of the Boston Camerata. She has performed with the ensembles Stadaconé and Memoria from Québec city as well as Estavel, Scholastica, Alkémia and the Compagnie Machaut from Montreal. She has founded the ensemble Eya with viellist Liette Remon and has been part of the creation of the children’s theater show Glouglou from Le Théâtre de Quartier. She’s teaching at Cammac summer camps, among others. 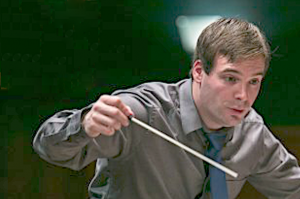 Philippe Ménard has been the artistic director of the Orchestre philharmonique des musiciens de Montréal (OPMEM) since it was founded in June 2009. Upon completion of his studies, he was    selected as assistant-conductor of the Orchestre de l’Académie nationale du Canada, affiliated with Hamilton’s Brott Music Festival, for the summer 2011 season. Maestro Ménard then pursued his training with Maestro Gilles Auger, in the framework of orchestral conducting workshops with the Orchestre symphonique de Lévis in 2011 and 2012; with Maestro Kenneth Kiesler and the National Arts Centre Orchestra in Ottawa in 2012; and also with Maestro Johannes Schlaefli and the North Czech Philharmonic Orchestra at the Académie européenne de musique, 2012 edition. This is Philippe’s first engagement with CAMMAC. 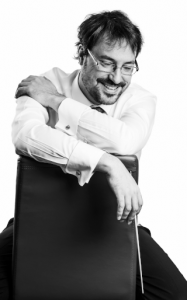 Julien Proulx took over as Artistic Director of the Orchestre symphonique de Drummondville in 2014. Since then, his thoughtful and audacious programming have revitalized the classical music experience within his community. Admired as an energetic and imaginative conductor, he also draws on deep knowledge of choir music in his frequent performances of symphonic choral repertoire. Julien is a regular instructor at the CAMMAC music camp. 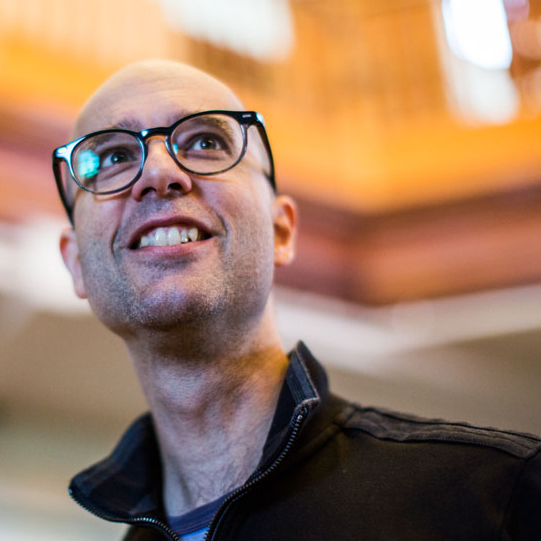 François A. Ouimet is a musician with wide horizons. After a master’s degree in jazz guitar, he completed a master’s degree in choral conducting at Université de Montréal. He then taught at Université de Sherbrooke and Université de Montréal. He directs or has directed several choirs, including those of the Schulich School of Music of McGill University, the Vincent-d’Indy School of Music, Tactus, Les Voix Ferrées and the Orchestre Métropolitain Choir. François has been co-director of the CAMMAC music camp since 2007.

In keeping with public health guidelines, the number of participants is limited to 22 singers. A vaccine passport is required, and registration will be on a first come first served basis. 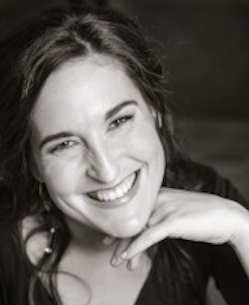 Montreal choir director and pianist Roseline Blain is known for her expressive qualities, her fire and  emotion she conveys in her inspired performances. She has now worked in the choral environment for over twenty years.

She is the artistic director and founder of several choirs. Very active in major events in Montreal, the Chœur du Plateau was the recipient of the 2nd prize in its category twice at the national competition for Canadian amateur choirs in addition to receiving the mention of “Best choir in Eastern Canada. In 2017. The Choir was also named “ambassador flagship choir” in 2019, thus earning the highest distinction granted by the Alliance des chorales du Québec.

She also conducts the equal voice ensembles Gaïa and Phoebus. The latter has twice won first place in its category at the national competition of Canadian amateur choirs in 2015 and 2019. As for the Ensemble Gaïa, it recently won 2nd place in the 2019 edition. same national competition, Les Petites Voix du Plateau was hailed as “the most promising new ensemble for young people” last spring.

In June 2015, she took the place of the artistic director of Les Petits Chanteurs du Mont-Royal at a moment’s notice on a ten-concert tour that took them to Denmark and Germany.

Roseline Blain served as General Manager of the Quebec Chamber Choir in which she sang for five years and worked with conductors Robert Ingari, Jon Wahsburn and Andrew Megill,

In addition to being a lecturer at the University of Sherbrooke, Ms. Blain wrote program notes for the Orchestre symphonique de Sherbrooke for several years. 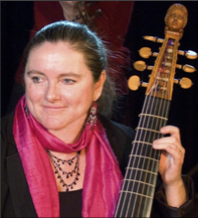 After earning a master’s degree in performance at McGill University in 1982, Betsy MacMillan was accepted into the Royal Conservatory in The Hague, where she studied with Wieland Kuijken.

She is a founding member of the Arion Ensemble, with whom she has performed in Europe, South America, Mexico, Ireland, England, the United States and Canada. She is heard regularly on CBC and Radio Canada and has made over 30 recordings. She has performed with many groups, including La Nef, Cleveland’s Apollo’s Fire, Les Boréades, Toronto Consort, among many others. 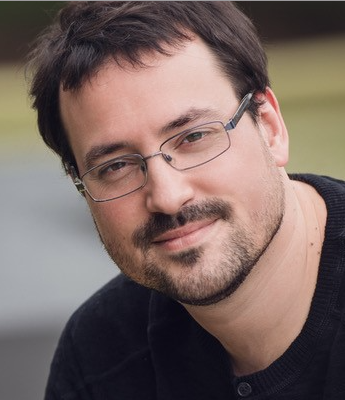 Julien Proulx has been artistic director of the Orchestre symphonique de Drummondville since 2014. Through his daring and refined programming, as well as his frank and human approach, he has energized the musical life of his community. Recognized for his energetic conducting, his generosity and his imagination, he is also a renowned choir director and his extensive knowledge of the choral world leads him to frequently conduct the symphonic repertoire for choir.

Julien Proulx was conductor in residence at the Orchestre de chambre I Musici de Montréal under the tutelage of Yuli Turovsky and he has conducted as guest conductor throughout Quebec, notably the Orchestre Métropolitain, the Violons du Roy, the ‘Orchestra of the Festival International de Lanaudière as well as the Orchestre symphonique de Montréal.

A cellist and singer by training, he specialized in musical writing and conducting at the University of Montreal and during numerous international internships. Julien Proulx lives in Montreal. 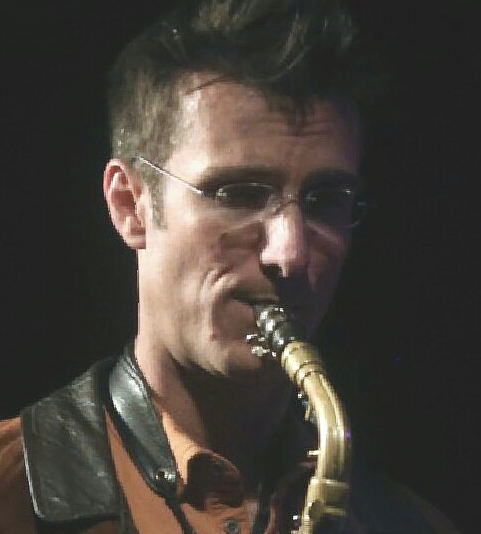 Bruno Lamarche is a saxophonist, clarinetist and creative flautist who has pursued a very rewarding musical career for more than twenty years. He has been heard on records among others with his group Buddhakick, with Félix Stüssi 5 & Ray Anderson (nominated for the Junos Awards and Grand Prix de Jazz General Motors), with Mandala by Joel Miller (Opus Prize for the best jazz / music concert in the world) and with Bernard Primeau (Liaisons) .He had the honour of playing with great musicians such as Ben Monder, David Binney, Kurt Rosenwinkel, Benoît Charest, Christine Duncan, and Don Thompson, and in groups such as the OSM, the Terrible Orchester de Belleville, Sussex, the Dixieband, Altsys, the Orchester National de Jazz de Montréal, the Jazzlab and the Afro-Columbian Jazz Orchestra in 13 countries. A renowned arranger, Mr. Lamarche was a CALQ grant holder and obtained a bachelor’s degree in Jazz performance at McGill University (with high distinction), where he received the Marion Magor Memorial Scholarship and the James McGill Award. saxophone specialist in more than a dozen schools, and conducted jazz orchestras, including the Montreal Jazz Ensemble, as well as at CAMMAC. 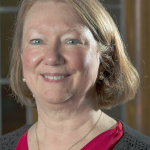 Artistic director of CAMMAC from 2009 to 2016 and teacher at the Music Center at Lake MacDonald since 1991, Patricia Abbott directs the Chorale du Gesù, the Choir of the English-Montreal School Board, the Cantivo Vocal Ensemble and the Voix du Carrefour. She is also a lecturer at McGill and Sherbrooke universities. Over the years, she has also served as Executive Director of Canada Choral (formerly the Association of Canadian Choral Communities) and artist in residence at FACE School. Pat has had the pleasure of leading and presenting workshops across Canada, the United States, Europe and even Argentina. She has just arrived from the Choralies internationales de Vaison-la-Romaine (France), where she conducted a Canadian music workshop for female voices. She is always very happy to work with enthusiastic participants in CAMMAC activities! 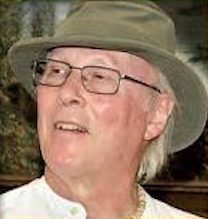 It will be a special afternoon and an honor to have such a renowned composer / conductor. Come and enjoy a unique CAMMAC reading.

The SATB version premiered at the Center musical du Lac MacDonald in the summer of 2003, during the grand finale of CAMMAC’s 50th season, conducted by Patricia Abbott, with Anne-Marie Denoncourt on piano.

A suite representing the many cultures of Canada:

Donald Patriquin is a Quebec educator, composer, organist and choirmaster recognized internationally for his choral and instrumental arrangements of folk music. 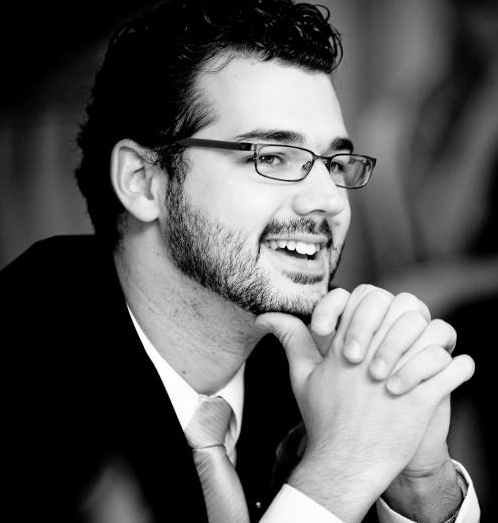 A versatile musician and passionate about choral music, he was appointed artistic director of the Choeur St-Laurent in March 2014. With this distinguished ensemble, he undertook to hold unique concerts and collaborations in Montreal where the great works of the choral repertoire are worthily represented.

A resolute teacher and convinced of the need to invest in our future generations, Philippe Bourque has been teaching since September 2010 at Vanier College where he is choir director and teacher of ear training. He has also worked with the choirs of the Vincent d’Indy School of Music and the Young Singers of the FACE School, in addition to teaching conducting in private and being invited regularly as a judge or clinician to various music festivals and elsewhere. He was artistic director of the Choir of the Musée d’art de Joliette (2008-2014), of the Petits Chanteurs de la Cathédrale (2005-2007), of the vocal group Chœur en Jazz (2006-2009) and of the choir Simply Sweetly (now Les Muses Chorale) of McGill University (2007-2011).

A graduate of McGill University with distinction, he studied choral and orchestral conducting with Julian Wachner, Robert Ingari, Alexis Hauser and Ivars Taurins. He is the recipient of a Lieutenant Governor’s Prize at the Vincent-d’Indy School of Music, a Constance-Willey Prize Fellow at McGill University, and a scholarship from the Social Sciences and Humanities Research Council of Canada (SSHRC).